For this assignment, I chose to create a Pinterest board for Game of Thrones character Cersei Lannister. The ds106 assignment suggests posting pins of interest for the character and having others guess the character’s identity, but I wanted to caption the actual pictures that I pinned. The juxtaposition of Cersei’s power-hungry character against polite Pinterest comments was especially funny to me. Something that I tried to get away from was just pinning pictures of the cast of the television shows, but I wasn’t able to avoid it completely. So, when I would find pictures of the cast, I made a board called “family pictures” to make this site more authentic. 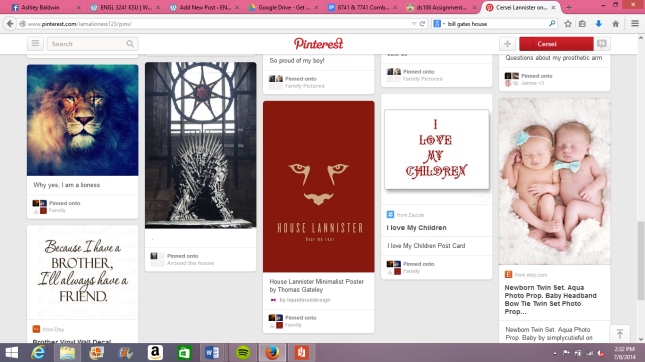 Here  is the link to the assignment.