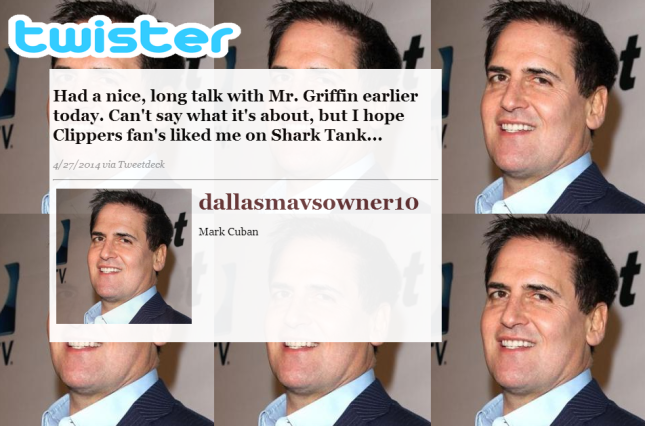 For my second blog post I decided to make a “Phake Tweet” for Mark Cuban. This came at a time where the LA Clippers team owner Donald Sterling made some pretty hateful and racist comments towards minorities.

Mark Cuban is an owner of the Dallas Mavericks. Him and the other team owners of other NBA teams will have to vote soon on whether Sterling will have his team stripped from him. I tried to impose what thoughts Mark Cuban might be having on the matter in the form of having a fake conversation with Blake Griffin (one of the LA Clippers players) and thus implying that he wanted to try to persuade the NBA to give the team to him. It was funny to see that in Mark Cuban’s own Twitter profile he reflected somewhat of the same thoughts on Sterling. (https://twitter.com/mcuban/status/461208183965351937)